Manga creator Kouji Seo unveiled the title and a new illustration for his new manga entitled Megami no Café Terrace on Wednesday. The manga appears on February 17th in the 12th issue of Kodansha Weekly Shōnen Magazine, in which the final chapter of Seo’s Hitman manga is published.

The romantic comedy manga with “too many heroines” revolves around an old café by the sea. The manga will have a colored opening page and appear on the front page of the issue.

Seo previously announced that the new manga will debut this spring. He jokingly added that he had the title “Gotōbun no Waitress de Yokunai desu ka?” Proposed. (Are quintuplet waitresses wrong?) But was ignored. 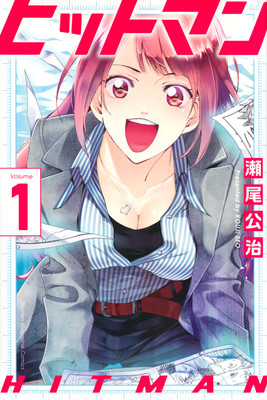 Seo started the Fuuka series in Weekly Shōnen Magazine in 2014 and the series ended in April 2018. Kodansha published 20 volumes for the manga. Crunchyroll digitally published the chapters of the manga simultaneously with their release in Japan. Kodansha Comics published the volumes of the series digitally and the 20th volume was released in January 2019. The TV anime adaptation of the manga premiered in January 2017. Crunchyroll broadcast the series with English subtitles when it aired in Japan, and Funimation aired an English dub.

Seo finished his 27-volume Mangi Kimi no Iru Machi (A City You Live In) the same day he started Fuuka. The manga inspired a TV anime adaptation by GONZO as well as four original video anime volumes in 2014.

Seo’s 18-volume Suzuka manga ran from 2004 to 2007. Del Rey published part of the series in print, and then Kodansha Comics published the entire series digitally. A TV anime adaptation aired in 2005, and Funimation released the series on DVD.