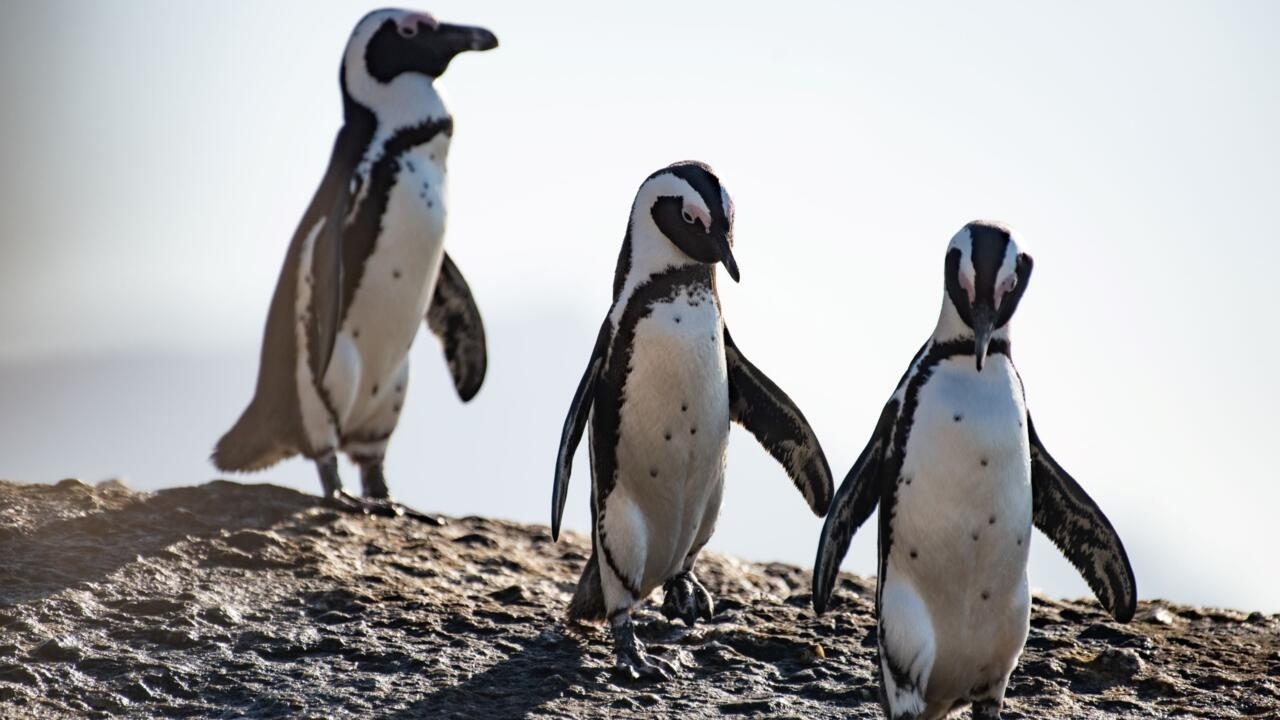 Scientists studying endangered penguins in South Africa have developed a new way of assessing threats to their breeding colonies – by recording and analyzing audio files of their daily chatter.

With such predictable timing, the sounds can be recorded and downloaded, giving conservationists vital insights into the health of penguin breeding colonies. There are 27 penguin colonies in South Africa and Namibia.

The data gathered from these sound files can indicate how many breeding pairs there are; how efficient they have been in foraging and how effective they will be in raising their chicks.

In the past, when assessing the health of a penguin colony, humans had to navigate through the colonies to count individual birds and their nests. This is time consuming and can be annoying to the birds.

“Bird calls can be collected relatively easily (remotely) and with much less interference than actual counts,” said Katrin Ludynia, co-author of the new study of the soundscapes of penguin colonies at Stony Point, home to 1,200 pairs of African penguins in Bettys Bay in the Western Cape.

“This is especially true for colonies or areas of colonies that are difficult to access or for birds that breed in dense vegetation or in caves, for example,” says Ludynia, who is also the research director of the Southern African Foundation for the Conservation of Coastal Birds (SANCCOB) in Cape Town.

Ludynia and colleagues installed a recording device with two built-in microphones high up on a pole in the middle of Stony Point.

The device was scheduled to record at 15-minute intervals for 55 days during the 2019 breeding season, and more than 1,600 usable sound files were obtained and analyzed with minimal disturbance to the birds.

Penguin calls can be roughly divided into two main types, the scientists write in their study published in the journal Ibis: ecstatic display calls, which are mostly made in the morning when penguins defend their territory and their partners; and mutual announcement calls – are made when foraging penguins greet their partners after their return from foraging trips at sea.

Researchers from the South African Foundation for the Conservation of Coastal Birds weigh a juvenile penguin in the Stony Point breeding colony Photo credit: SANCCOB © SANCCOB

“If we record common display songs earlier in the day, we know that birds are finding food nearby,” she explained.

“If they return too late and we record songs much later than usual, it indicates to us that there is a problem with food availability.”

Using the birds themselves is the best way to monitor the abundance of fish near colonies, said the marine biologist trained at Kiel University.

“Research has shown that restricting fishing near colonies can have a positive impact on penguin breeding success, an important factor in keeping this species from extinction.”


Young African penguins released back into the wild. © SANCCOB

Experts say the number of African penguins has decreased from around 1.5 million pairs at the beginning of the 20th century to fewer than 13,000 pairs today.

Initially, the unsustainable collection of their eggs by egg collectors and their manure droppings reduced their numbers. Now commercial fishing is exhausting the main source of food for penguins – anchovies and sardines.

Conservationists in South Africa plan to lure the birds to new potential breeding grounds along the south coast with healthier fish stocks. Penguins are careful about establishing new colonies if other penguins are not already breeding there. Therefore, lifelike decoys and sound recordings are used to create the impression that the sites are being used.

Christina Hagen, a penguin conservationist at BirdLife South Africa who was not involved in the Soundscape study, is responsible for this project. “It is becoming increasingly important to develop non-invasive methods of monitoring African penguins,” she told RFI.

“With further work and development to understand the timing and number of calls, this study could be very useful in monitoring foraging effectiveness and reproductive success of penguin colonies.”


African penguin chicks beg for food from a parent in a breeding colony in South Africa. © Jessica Kemper

Why is SaaS LMS superb for company coaching?

Promoting SaaS to builders, cracking YC after 13 tries, all about...

The next is new to entrepreneurs in Google Analytics 4

5 actual crime podcasts that you must take heed to