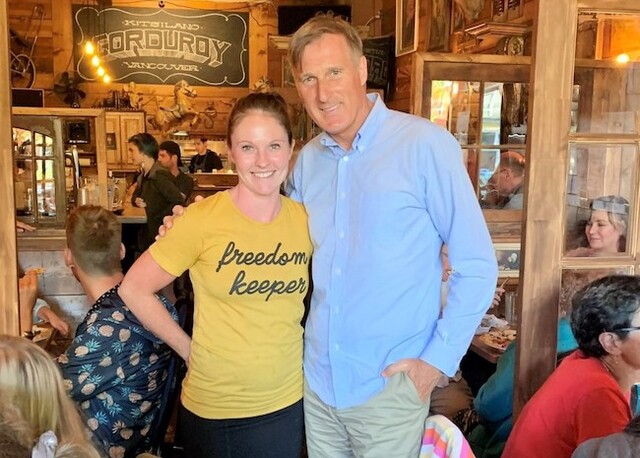 The founder and leader of the People’s Party of Canada has endorsed a controversial Vancouver restaurant convicted by BC health officials for violating pandemic restrictions.

Maxime Bernier posted photos and videos on Tuesday from the Corduroy restaurant in Kitsilano, celebrating “brave” restaurant owner Rebecca Matthews. In April, Matthews opened the restaurant despite a British Columbia public health order that closed all indoor restaurants, and had temporarily suspended her business and liquor licenses as a result.

The restaurant also drew the ire of Vancouver Mayor Kennedy Stewart when a largely maskless crowd gathered outside the house in late April. Stewart called the decision to violate public health orders unacceptable and threatened an injunction against the restaurant.

“If you’re in the Vancouver area, you must stop at Corduroy Restaurant, whose brave owner Rebecca Matthews and her husband defied authoritarian lockdown orders and decided to stay open and serve customers inside,” tweeted Bernier.

In a video in which Bernier stands for the restaurant’s guests, the PPC leader says this is his first time in a restaurant with people and without a mask since the beginning of the pandemic.

Other posts on his Twitter account show that Bernier participates in many anti-mask and anti-lockdown rallies across the country.