Seo In Guk teamed up with Marie Claire magazine to create a classy and chic image!

In the interview after the photo shoot, Seo In Guk spoke about his new film “Pipeline”. The film is about a group of thieves and bandits who risk life and limb and hope to change their lives for an oil heist. Seo In Guk plays Pindol, the best drilling technician in Korea, and Lee Soo Hyuk Gun Woo, the wealthy mastermind.

The actor said, “I feel like I grew up with Pindol through the process of creating the character.” Then he added that “Pipeline” will be remembered as a meaningful project.

Then Seo In Guk mentioned “Doom at Your Service,” the TVN drama in which he is currently starring. “Doom at Your Service” is a fantasy love drama about a supernatural being named Myul Mang (Seo In Guk) who causes everything he touches to disappear, and a woman named Tak Dong Kyung (Park Bo Young) who lost her life to avoid their fate.

He commented, “The process Myul Mang goes through until he realizes he has fallen in love with the person Tak Dong Kyung is interesting.” He also announced that he was part of the original soundtrack (OST) for the drama.

The full picture and interview can be found in the June issue of Marie Claire. 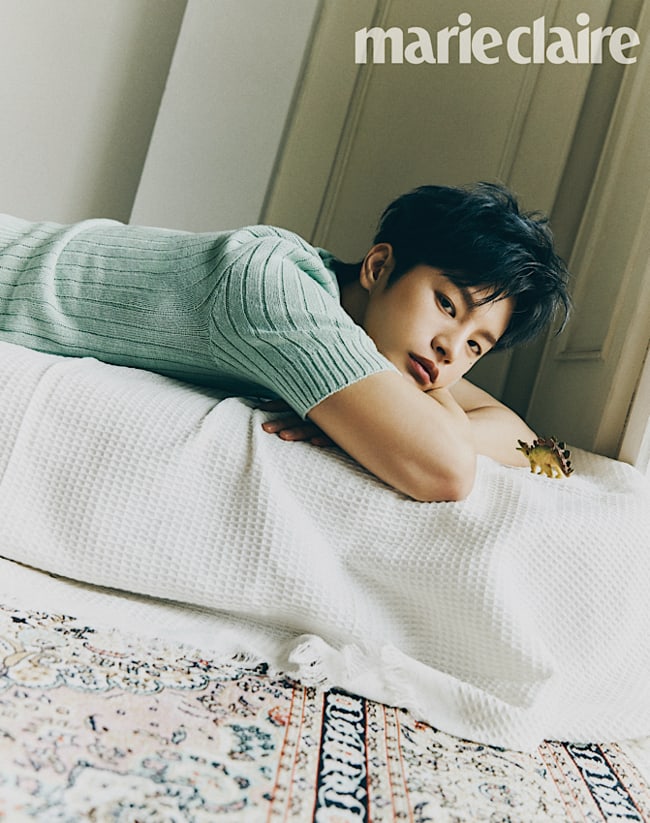 “Pipeline” should have its premiere sometime in May. Check out a trailer here!

Watch the drama with English subtitles!