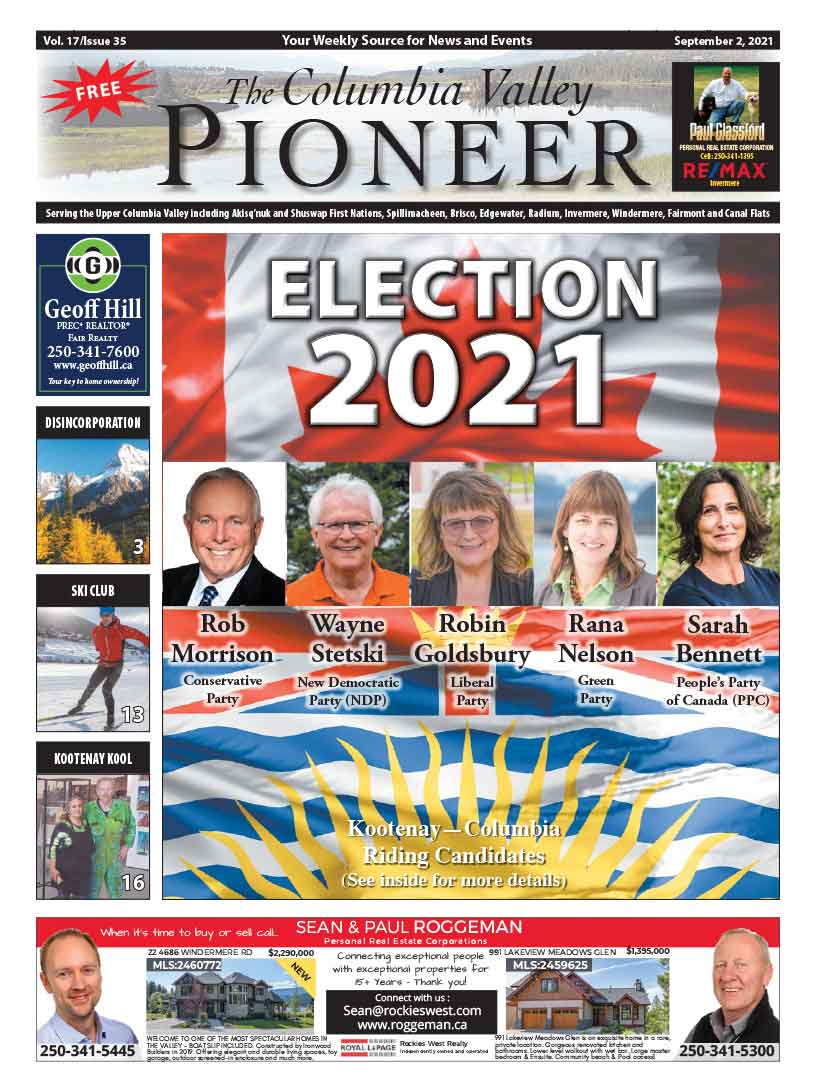 In the first week of the early federal election, the Columbia Valley appeared to have no candidate for its hometown in Kootenay-Columbia. At the end of the second week the valley did it: Sarah Bennett from Invermere is riding for the People’s Party of Canada (PPC).

The first four candidates to jump into the race come from different points (Creston, Cranbrook, Balfour and Revelstoke) in the geographically enormous ride, and all four were confirmed as candidates by long-established parties (Conservatives, NDP, Liberals and Greens) months before the Election was proclaimed. Bennett runs a much newer party (the PPC was only formed three years ago) and explained to the Pioneer that it is running right now even though it has a lot on its plate because it feels compelled to do something.

“I’m really unhappy with the state of the country and the community,” says Bennett.

She added that “the response to COVID-19 is exaggerated,” pointing out that the percentage risk of death or serial illness is relatively low, but “we closed society, masked ourselves and a year and a half later”. we are still in the same place. This is not what I want for my children. It is not a free Canada. “

Bennett says she is also not a fan of “vaccination cards” or “vaccination cards” as they have the potential to “divide society”. If it were just about getting an injection and going back to normal life, it might be different, but there is already talk of booster vaccinations. “

She has heard from many local people who do not want to be vaccinated and are worried that they will become unemployed as a result. “People shouldn’t have to worry about losing their jobs because of their own physical autonomy,” says Bennett. “I think that’s morally wrong.”

Bennett has lived in Invermere for decades, grew up in Toronto, but moved west more than 20 years ago to take a job at Panorama Mountain Resort. She next toured Italy and France and worked in Sydney, Australia for a year before working as a business analyst in Toronto for a few years. But the lure of the mountains could not be resisted, and in 2002 Bennett returned to the Columbia Valley, this time for good.

“It really is a magical place. There is a center of attraction here that brings people from all walks of life together. I found myself here and found a sense of community, of connectedness that was lacking in big cities like Toronto, ”she tells The Pioneer.

It was here that Bennett started her own graphic design and branding company and built her business from the ground up. “I am self-taught. I learn from the work I’ve done and that has been a very rewarding and successful approach for me, ”she says. Her clients include many companies known to the valley’s residents, including Inspire Floral Boutique, Winderberry and Edibles Farm + Cafe + Catering, the Kootenay Conservation Program and the Bakery Downtown rebranding.

“I really like to take someone’s vision and turn around [it] in something beautiful. I also enjoy helping small businesses. That appeals to me a lot, ”says Bennett.

While this election is Bennett’s first attempt in federal or provincial elections, it is no newbie when it comes to politics, having served a tenure as councilor for Invermere from 2005 to 2008 at the time. And I thought, instead of just complaining, I should do something about it. ”She ran for council on a platform promoting smart growth and planned growth rather than the ad hoc development she saw then and residents voted them for a seat on the council.

Her time in the city administration “was a good experience. It was frustrating in some ways because I was young, eager, and idealistic, and wanted to change things. But at the local level, things are moving very slowly, ”she said, adding that the compromise for the slow pace of change means that there is at least a good system of checks and balances in place that can prevent the wrong one from going too fast Kind of change is happening.

When not campaigning or at work, she can play, paddle, garden, walk, or hike in the mountains with her children outside.

“I love all of the outdoor activities we can do here in Columbia Valley, it’s amazing,” she says.

Books on her bedside table include The Google Archipelago: The Digital Gulag and the Simulation of Freedom, a deep dive into the societal changes caused by the explosive rise of digital technologies and big digital companies, and The End of America, a Investigating the rise of authoritarianism south of the border.

One is a new book, the other a decade old, but Bennett sees the relevance of both here in Kootenay Columbia today, and indeed around the world.

“Any control measures now put in place (as part of the pandemic response) are not going to go away anytime soon,” Bennett said, adding the reason she is running at the PPC is because it is the only party that has come out against the duty has vaccinations nationwide and against vaccination certificates of any kind. “It is the only party with a platform that has a free choice as the main tenant,” she says. “These are values ​​that I agree with. 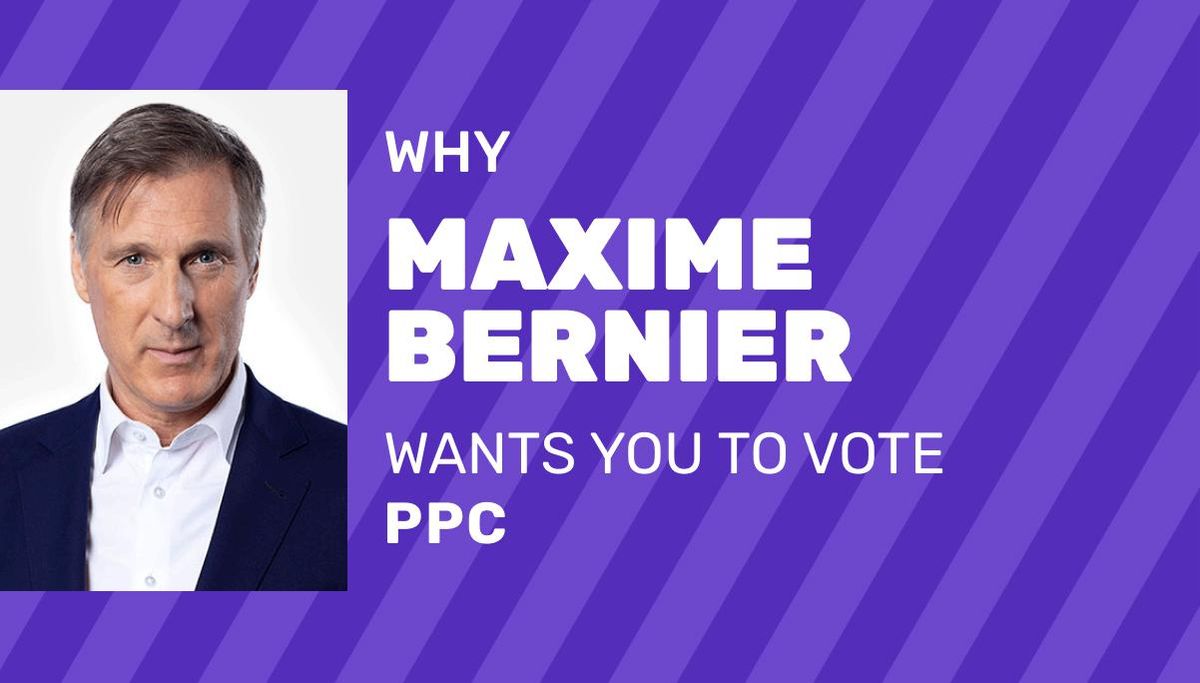