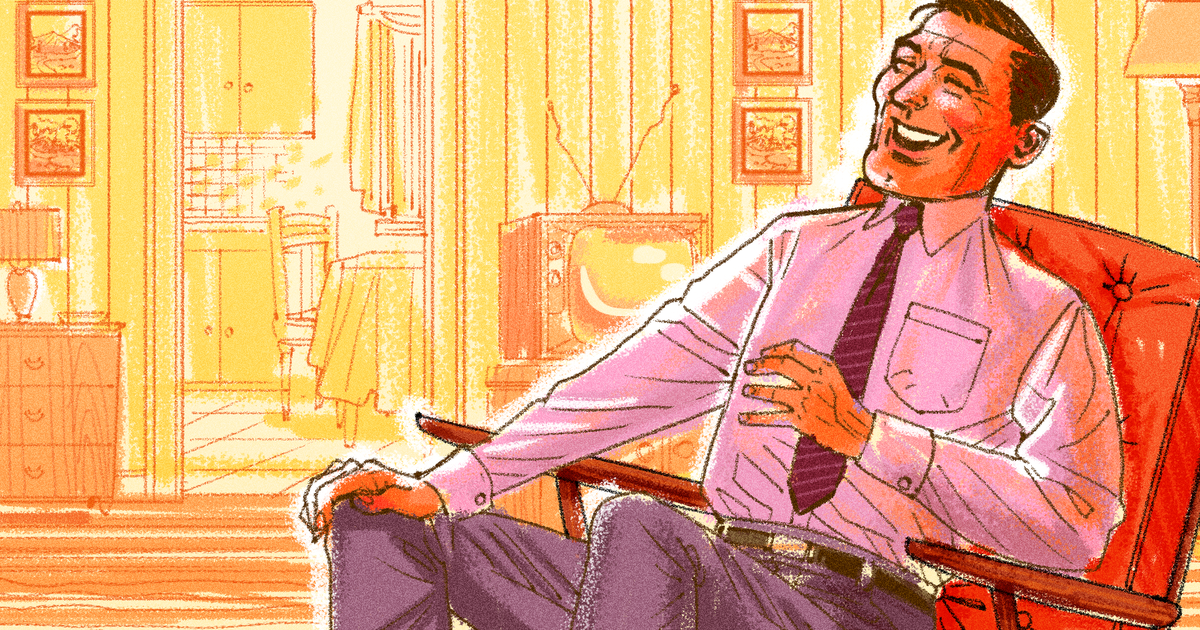 Dealing with the worst parts of the pandemic took patience. And hobbies. Lots of crazy hobbies.

On the way home, I looked for things to do to pass the time without going out into the world. That quickly evolved into what I would tentatively call a dad core pastime. I was great at grilling and smoking meat, building things, and tinkering with household items that seemed easy to break. (Often times I would make things worse, but that doesn’t matter, that’s not the point.)

But even as I approached jorts, New Balance tennis shoes, and other fatherly things, I still had a millennial brain that got sick from screens. So do one thing? It’s good. But doing one thing while passively doing another? Oh baby give me this overstimulation

Enter: Outrageously long, somewhat dry, impressively informative history podcasts. The perfect thing to do while doing something else. A hobby stacked on top of a hobby.

And yes, it was the dad mood to delve into the story. I’m a parody at this point.

Funnily enough, this new love started with a work assignment. My editor asked me to round up some of the best history podcasts, which of course took some research. I found out that I really enjoyed learning about history. And podcasts seemed like my ideal delivery method.

Two podcasts particularly appealed to me: Dan Carlin’s Hardcore History and The Age of Napoleon by EM Rummage.

The two shows share some basic DNA. Napoleon walks – really creeps – through Napoleon’s time, but spends countless hours digging through important contexts, digressions, and overarching historical information. There’s a reason it’s called the old age, not the life of Napoleon. It’s a show about how this historical era shaped Napoleon and how Napoleon shaped this historical era. It’s also impeccably researched and thorough.

Hardcore history is somehow more detailed. It’s so exhaustive that Carlin only releases a few episodes a year. Although “episode” could be a misleading term. The latest edition on Japan and World War II lasted nearly six hours. Oh, and it was only part of a six-part series called “Supernova in the East” that all told the same story of Japan and World War II.

I listened to the whole damn show. Seriously. I’ve heard more than 25 hours – literally a day – on this series alone. And I’ve listened to several Carlin series, about everything from World War I to the fall of the Roman Republic to the Persian Empire.

That and the fact that you all call yourselves the “Hard Corps”. Awesome!

Napoleon and hardcore have a similar style: the host weaves a narrative drawing on both historians and primary sources while the tone remains in the conversation. There is room for digression in the story and the emphasis is on telling the story as it was, not as it was told.

Each host also tries well to explain why something happened instead of just telling the historical fact. Napoleon’s rise makes a lot more sense when you are firmly in control of the French Revolution. Or imperial Japan’s acts of war are easier to understand when the nation’s relationship with the emperor is fully explained.

In all honesty, these shows aren’t particularly exciting. But they are fascinating. For me at least, I found that I knew so little about the actual story. The shows often make me hmm audibly or think “wow, I didn’t know that”. They’re just interesting enough to grab your attention but also monotonous enough to listen while you’re doing a pile, washing up, or fixing a squeaky door.

I love to run and I have no idea how many kilometers I covered when I heard about Julius Caesar or Darius the Great, the King of Kings. Damn it, I repainted an entire porch, slightly blown away when I heard of Napoleon’s exploits as a young man in Corsica.

On June 18, 1815, Napoleon fought his last battle. 206 years later, Waterloo is still fascinating. The last drama of one of the most turbulent and formative epochs in modern history pic.twitter.com/MLaYNXw8d2

For some people, these types of pods may be a bit boring. If you don’t get more fatherly every day like me, I would understand how to shrug my shoulders at these shows.

But as I mentioned before, I have the brain of a young person. I rarely listen to these shows and don’t do anything else. So where you see boring, I see that I can come closest to meditation. I’m never more Zen than when I’m grilling, tongs in hand, chicken over charcoal and an obscure story about the Western Front in my headphones.

Especially during the height of the pandemic, it was nice to be in this zonk state, even if it was zen due to overstimulation. As the US opens up and I can do more of my old activities, informative history podcasts have become a part of my life.

For example, this afternoon after I signed off from work, I have a bunch of chores to do, including packing for a family trip. Not exactly funny.

But hey, I have a new episode of Age of Napoleon that promises to cover his colonial policies and the death of Toussaint Louverture, leader of the Haitian revolution. Sure, that may not seem exciting to everyone. But doing the laundry is fun. And to me it feels like a little miracle.

You need to use Spotify to obtain music and podcasts to...