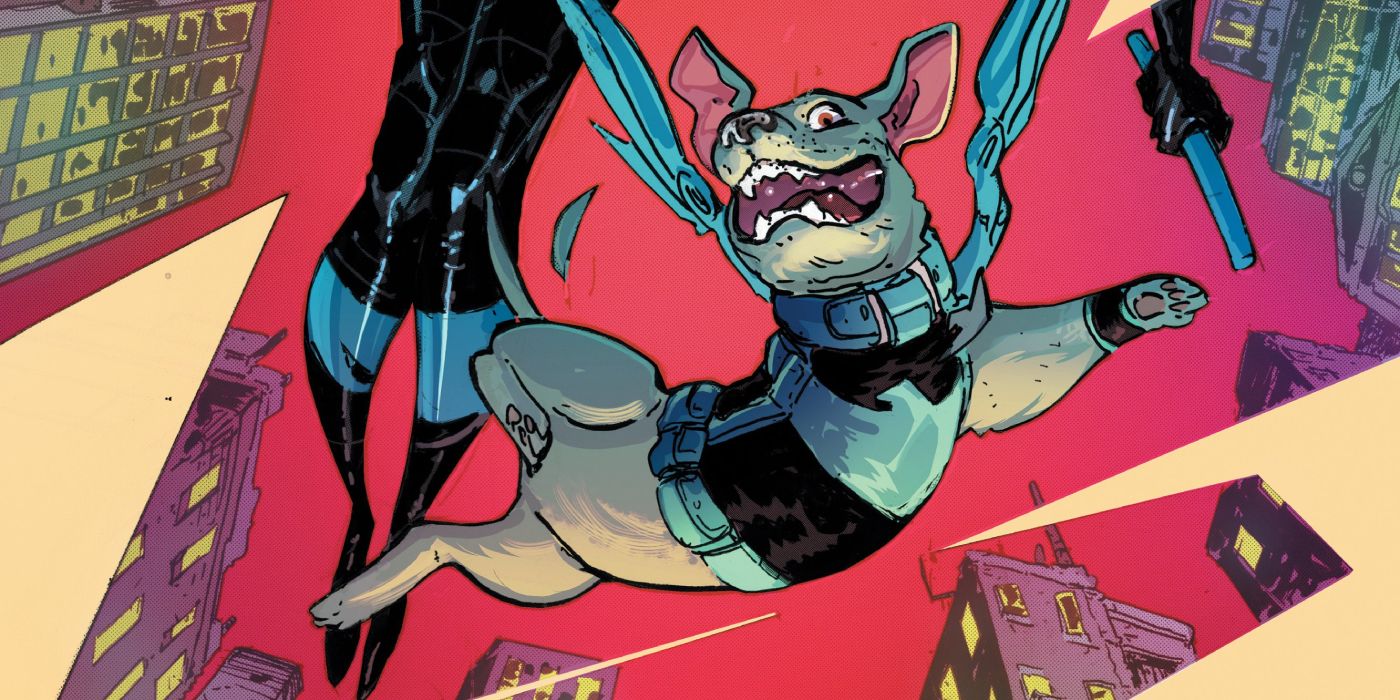 Nightwing fans may be disappointed to learn that Dick Grayson’s new puppy, Haley, or “Bitewing”, won’t join the hero during his crime-fighting antics.

During the Batman: Fear State discussion forum held online for Comic-Con @ Home 2021, Nightwing writer Tom Taylor was asked if the dog would be suitable to help the Bat family with the upcoming event this fall, to compete against the magistrate. Since the character’s introduction at the beginning of Taylor’s run on the book, readers have already developed a close bond with the little pup (especially since they’re allowed to name him) and can’t get enough of her. However, the author responded with a solid “no” to the question, citing the crime-fighting world is no place for the hero’s new companion.

“I’m not bringing a puppy to Gotham in the meantime [Batman: Fear State]”Taylor said.” Nobody would bring in a pup. “The event has been boiling on the pages of Batman for some time, with Scarecrow using scare tactics to send the city into total hysteria while a tech mogul tries to install this his own police force, the Peacekeepers, to control Gotham. More has happened in the city in other titles as well, such as the hunt down of citizens accused of being Joker sympathizers, bombing raids, new and returning villains and more.

Taylor believes Dick Grayson would never have a canine deal with any of this. “Dick is a responsible new canine dad,” he said, claiming the hero would make sure Haley is well looked after while helping the rest of the Bat family. “He leaves Bite-Wings with a neighbor and their children take Bite-Wings quickly, promising that they will take better care of him than their goldfish.”

Nightwing will begin to intersect with the Fear State event, starting with Nightwing # 84. It is written by Taylor with artwork by Robbi Rodriguez, cover art by Bruno Redondo and cover variations by Kael Ngu and Jamal Campbell. The issue is slated for September 21, followed by other Fear State connections.

The Power Rangers were simply abandoned by their last god

Sean is a weekend comic book news editor for CBR. His typical foray into the comic book store always follows the same order: promise to limit the number of issues he’ll buy, see them on the shelf, and still buy them all. He dreams of one day writing his own. In addition to comics and superhero TV / movies, Sean also enjoys musicals (both film and stage), classic rock, stand-up comedy, and podcasts. If you’re interested, feel free to follow him on Instagram, Twitter, and / or TikTok as your @localcomicsean for his personal jokes, thoughts, and feelings about comics!

2 Essential Modifications With Google Analytics Four And Why You Ought...